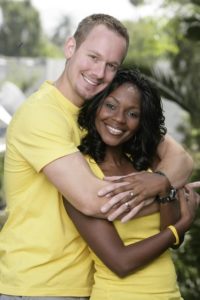 Dating someone outside of your race is pretty common in the UK and doesn’t get the stares it once did – though there are still more than enough to go around. Though they may no longer be as taboo as they once were, couples in this kind of relationship still get a lot of questions that often sound remarkably outdated or plain disrespectful.

They also provide some insight into how people view dating and make romantic choices.

Here are 5 questions that interracial couples are sick of hearing and being asked. These questions reveal some of the misconceptions that those involved with UK interracial dating deal with all the time.

Many couples find that their differences strengthen and grow their relationships, not tear them apart.

What do you have in common?
Honestly this is pretty offensive. If the only thing we have in common is our skin color, everyone on the planet would be in a relationship. It hopefully takes more than the same skin color to continue seeing a person day after day for hours on end.

One of the main reasons you are together is because of your similarities. You probably have values, interests and mindsets that align.

Is your home life weird because you live with someone who’s so different?
People believe that a difference in racial background is enough to affect daily life. Interracial couples have to figure out when they can go on vacation, which flavor of coffee they want to buy and who is responsible for which household cleaning tasks around the house.

Thinking a Latina woman doesn’t work because her husband is white, when they both have steady jobs is a mindset rooted in racism (not to mention misogyny). Assuming to know what anyone’s home life structure looks like at all is a bad idea.

Don’t you want kids who look like you?
A particularly telling question, this assumes we want children because they are our mini-mes and a real, true mini-me must share your skin color exactly. On one level, our kids are going to look like us genetically, because genetics.

On another note, a lack of one feature doesn’t mean kids don’t look like their parents. A kid with brown eyes like her mom can also look like her father who has blue eyes.

This question is… wow.

Isn’t it hard dealing with so much prejudice?
People act like love isn’t known to cause a little hardship. Yes, dealing with prejudice is not the best feeling, and everyone doesn’t like the idea of love bringing two racially different people together, but love is worth fighting for.

As these common questions show, UK interracial couples quickly learn not to take it personally when someone needs some time to take in their interracial relationship, while others are fascinated or delighted about it.

At the end of the day, two people like each other and have decided to spend lots of time together. If that’s not easy to understand, we are all doomed.