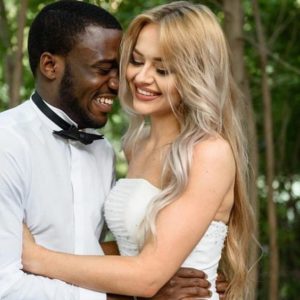 Love knows no color it is a deep magical bond that makes us have a strong unconditional attachment to one another person that cannot be explained. When you find love you find peace, joy and a sense of belonging. Most singles dream of getting the right partner who would do anything to be your everything. As long as you get the right partner color should not be an issue.

Diversity is key
Britain has a population of over 66 million and is the fastest growing population in all of Europe. There are different ethnicities that reside in the all over country. There is no shortage of interracial love either; most Brits have a progressive view of interracial dating. Matter of fact over 10% of people residing in the United Kingdom are either living or married to a partner from their ethnic group.

There are 1.2 million people across Britain who can be described as ‘mixed.’ This makes mixed race the third-largest and fastest-growing ethnic minority group and actually mixed race people are now the fastest-growing ethnic minority in the U.K. For the large part people in the U.K. are shaped by cultural upbringing as well as your family upbringing.

Coming of age
For most interracial relationships in the U.K. age plays a big factor in a couple of different ways. Attitudes toward race and different inter-ethnic relationships among younger people is more relaxed compared to older folks.

A report by the 2011 census show “some older people may have more traditional views on inter-ethnic relationships and they were also more likely to have entered into a relationship at a time when England and Wales was less ethnically diverse. Younger people are more likely to have grown up in the U.K. and exposed to other ethnic groups and to respond to observed changes in society, in terms of increasing diversity.” The report also showed that twice the same number of young white singles would go out with a black date as would a young Asian, while only 44 percent of Asians would do as such.

U.K. is full of fun dating
Interracial dating is a very fun experience in Britain, the courting culture is wired to having a very great time. The choice of date depends on establishing a place where you both are comfortable and have  common interest. Most Britons view nothing wrong with having a pint while getting tipsy while on a date together. British life takes a very relaxed approach to dating with diverse cultures being celebrated.

Couples in the U.K. have a great taste in music, from the Beatles, Spice Girls to the Brian Adams, to fancy opera houses there is no shortage of musical geniuses in the U.K. Music is a fun outlet, especially after a long day at work. Music helps singles bond and develop chemistry over shared passions and interests. You can get down to the night clubs and have a good time with your date while enjoying the latest pop music.