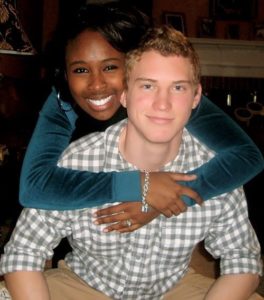 Dating is something that a lot of us invest a lot into. Especially, with the huge number of interracial dating apps and platforms, and newer ones coming up every now and again, people have started to widen their scope of dating. Now a lot of men and women look for partners who do not necessarily have to be from their same race. While some of them might not be looking for this option in a deliberate manner, some others have reasons in going for a partner from a different race.

COMMON INSTANCES OF INTERRACIAL RELATIONSHIPS IN THE UK

After Prince Harry married Meghan Markle who has a black mother, a lot of people have expressed varied opinions on the matter. There will always be two sides of a coin but actually, this sort of an interracial relationship does not catch much attention of people in the UK. By this, we mean that an interracial relationship in the UK might have caused a lot of people to raise their eyebrows even a decade back but the situation is a lot more different now.

We cannot, however, disregard the fact that there have been instances when interracial couples have faced social ostracization. One of such popular instances is when Robert Pattinson and FKA Twigs have had to face online abuse because of being an interracial couple. FKA Twigs has a mixed racial history and a lot of people could not take Pattinson, who is white, dating a girl who does not fit into the norms of what a beautiful white woman should look like.

This is proof of the fact that couples dating across racial boundaries still do get a couple of stares when they are probably walking arm in arm on the road. To generalize this one incident or any such incident and say that the entire UK has racial prejudices, is to form prejudices on our part.

THE STATISTICS
The numbers of interracial couples are slowly increasing in the UK. The recent survey that was conducted showed an increase of 35% in the number of interracial relationships since the year 2001. Also, a whopping number of 833,000 children are being raised and cared for by couples who have married across races.

This shows that race is just another word when it comes to choosing someone who you love. The present generation in the UK does not seem to have the same ingrained racial hatred and discrimination that some of their ancestors might have had, a few generations before. This does not just go for people who are of color but anyone who is not white and not British. People of all races live in the UK and this probably is a major contributing factor towards the normalization of interracial relationships in the UK.

Also, there is a long history behind interracial dating in the UK that not many people know. Having interracial relationships in the UK is not a recent phenomenon. Yes, the statistics say that the numbers might have increased but people always feel in love across racial boundaries.
.